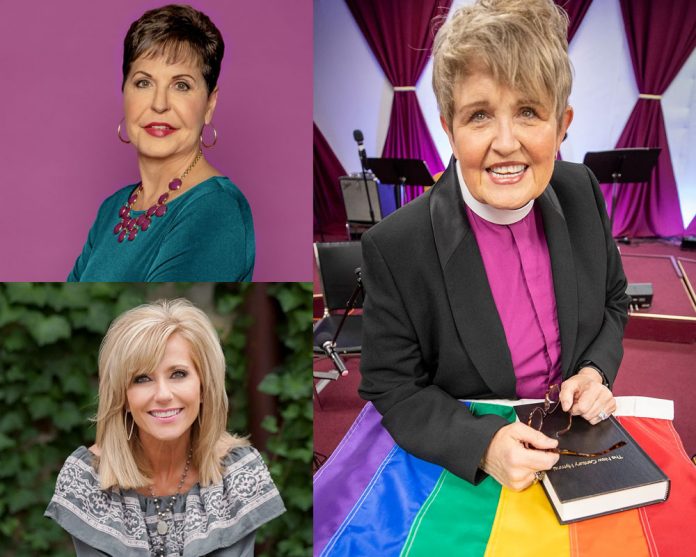 The rise of female preachers and women church leaders

A century ago, women were stereotyped. Many suffered in the age of oppressive patriarchy. Many looked down on women as commodities that couldn’t lead, let alone preach in the pulpit.

It sounds sexist and unfair to women, but women have always taken the back seat, especially in the church. Of course, it is not to say women are unessential in ministry.

Today, female educators and leaders have proven effective in an organization. But why would God disallow them to preach or lead a church?

The Bible has a limited but straightforward answer: “Adam was created first, then Eve.” Adam was not the one deceived but the woman. God created Adam first and then created Eve to be a “helper” for Adam.

1 Timothy 2:11–14
“Let a woman learn quietly with all submissiveness. I do not permit a woman to teach or exercise authority over a man; instead, she remains quiet.

Adam was formed first, then Eve; Adam was not deceived, but the woman was deceived and became a transgressor.”

It is not to say women are unessential in ministry.

Many women are effective teachers and civic leaders; why should that be any different in matters of theology?

Coupled with a new trend of equality, the enemy wants everyone to have equal footing. His plan of action is best exemplified in “Luciferian gender equality.”

It’s not enough for Satan to introduce gender dysphoria and confuse girls and boys. Ultimately, the aim is to dilute the vital role of men in church leadership.

Apologist John Macarthur is vocal in opposing females in church leadership or teaching doctrines. He said, “God’s standards are clear: the role of leadership is reserved for men.“

Some of these women preachers promote Moralistic Theistic Deism and the false promise of the prosperity gospel. Others fight for LGBTQ rights, and trans female pastors push a “holy gay union.”

Incidentally, there are female leaders eroding Biblical truths in America

Perhaps, women were forbidden to preach and lead because God knew how Satan would use women. In the United States, far-left liberal women take the lead in supporting his evil plan.

Scripture is clear—men are to lead the church.

→ A new religion of woke churches.

Universal application of the family

The bottom line, women are equally valuable in God’s eyes and critical to the spread of the Gospel—but leadership and preaching are tasked to men.

The order of creation has universal application in the family (Ephesians 5:22–33) and the church.