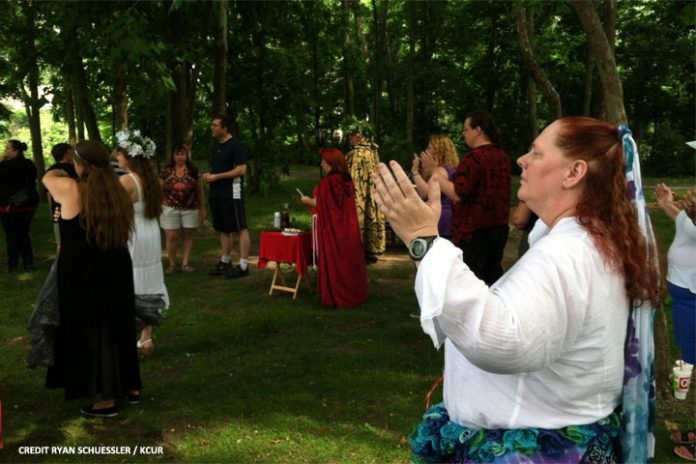 The US has more millennial witches than Presbyterians

Witchcraft increased as Christianity declined among Millenials. Recent surveys show at least 1.5 million Americans admit to practicing witcraft (Wicca) and are pagan—more than the number of Presbyterians [Christian Post].

The upward trend is evident in the spike of mystic shops across the US and online. The beauty trend ‘Wicca make-up‘ and the growing trend of fashion and brands that adopts witchcraft elements had gained a loyal following, especially in the 2010s when easy internet access exploded.

Former POTUS Donald Trump is much hated by Liberal Democrats but gets massive support from Christians because of his stand against abortion, support for traditional marriage, and religious freedom.

During his presidential campaign, thousands of witches cast spells on Trump. They held consecutive rituals to hex Trump and Judge Kavanaugh. Tickets sold out, and half of the proceeds went to the infamous Planned Parenthood.

Witches are leftist democrats who are for abortion, same-sex marriage, and a twisted view of equality and diversity.

What parents can do

Witcraft and paganism are of Satan. The Bible tells us that the ruler of this world is the Prince of darkness, Lucifer himself (John 14:30). It explains many things, but more importantly, it gives a good reason why Christians should pray for the return of Jesus.

Satan has already been defeated on the cross, and a final battle is to occur, casting him together with his witches at the pit of hell. This will happen when Jesus returns. (Matthew 24:30-3)

Movies are laced with subliminal messages that show witchcraft is cool, powerful, and practical. Consider the many movies that have come up through the decades.

It began in the mid-1960s with the TV sitcom ‘Bewitched’ starring Elizabeth Montgomery. She made casting spells look fun. It was quickly followed by the children’s cartoon ‘Sabrina the Teenage Witch’ in the 1970s.

In the 1980s, we had the Witches of Eastwick, Hocus Pocus, the Craft, and Practical Magic by the late 1990s and Harry Potter in the 2000s as timeless classics.

Today, several Netflix movies like Twitches, The Ritual, and Earwig depict witchcraft as something cool and valuable.

In 2022, the Satanic Temple sponsored the first-ever Satanic Convention or SatanCon 2022 in the United States. Since 2018, various witch organizations have been holding magic or witchcraft conferences annually worldwide.