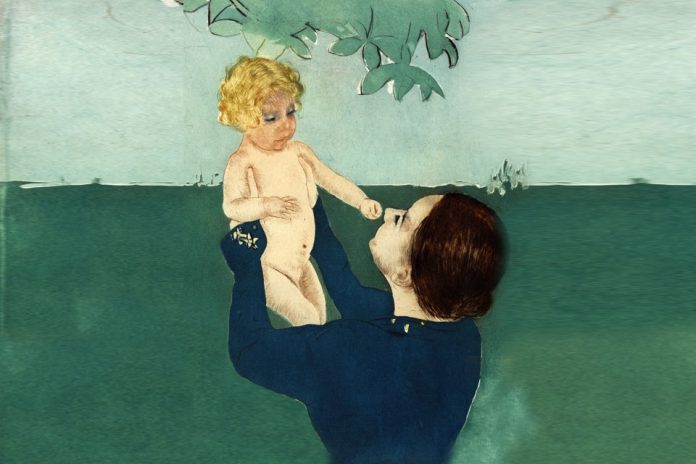 Culture, not a Cult of Domesticity: Where Barbara Welter got it wrong and why we need these virtues even more

The book ‘Cult of True Womanhood’ by historian Barbara Welter—mistitled. It destroys the moral intention of “true womanhood” popularized in America’s second “great awakening.” Labeling it a “cult” assumes blind coercion as if Christianity is sinister.

During the continuing “era of good feelings,” Welter twisted the “Culture of Domesticity.” Her book taken in American classrooms has impacted many women to assume religious piety is inherently destructive.

Scripture says a wise woman builds her house. It implies doing chores to make it a happy home. However, the Bible also tells men to support their wives as the “light of the home.”

Proverbs 14:1
The wise woman builds her house, but with her own hands, the foolish one tears hers down.

1 Peter 3:7
You husbands, in the same way, live with your wives in an understanding way, as with someone weaker, since she is a woman; and show her honor as a fellow heir of the grace of life, so that your prayers will not be hindered.

Cardinal virtues of a true woman of Domesticity

The virtues of a proper woman in that era were piety, purity, and submission to a “loving husband,” as the scriptures stipulate. Hence, Domesticity.

Religious piety, being the core of a woman’s virtue, is the source of strength. Young men, at that time, looking for a wife were cautioned to look for piety. “If that were there, all else would follow.”

1. Culture of Domesticity does not hostage women

Welter refers to religious virtues as “Peculiar susceptibility.” Because of religious devotion, “It did not take a woman away from her proper sphere,” her home (Pages 152-3). Thus referring to domesticated women as “Hostage at home.”

For thousands of years, the mothers take care of the offspring while the husband is in the field working. While the roles can be reversed, it makes sense for strong men to do hard labor.

True to Welter’s claim, women were stereotyped in magazines and even Christian literature. It alienated women who wanted to excel and do more.

In 2019, a Gallup poll indicated 56% of American women prefer to work rather than be homemakers. Technology has enabled them to do more and not because they have become less domesticated.

Labeling Domesticity into a “cult,” pioneered by whites and protestants, is a perfect springboard to pushback against Biblical feminism. These neo-feminists don’t hide their view of religion as sadistic and immoral. Moreso Domesticity.

The protestants’ intention was for the culture to view women and mothers as the “light of the home.” Domesticated women who cook, clean the house, and take care of kids, are seen as an insult to women instead of virtue.

The result is kids without proper upbringing that contributes to a decadent society. Many are desensitized by how immoral society has become. For example, what used to be a virtue, such as virginity (pearl of great price), is shamed.

What Welter called the “Cult of Domesticity” protected the nuclear families. Today, atheist organizations like Black Lives Matter said they want to disrupt it.

Justice Ruth Bader Ginsburg (RGB) is the great equalizer and a hero to women with a cult following of her own. She is a neo-feminist icon who fought for women’s place in modern society. However, she is also Satan’s pawn.

RGB was a crucial vote in granting same-sex marriages. She would rather have abortion legalized instead of Roe vs. Wade. RGB’s values are opposed to the cardinal virtues of Domesticity.

3. Taking the path of Domesticity don’t mean giving up oneself

Jordan Peterson, who debunked the pay gap, referred to biological differences between men and women linked to skills and careers they choose. God created males and females for particular roles that were never intended to abuse one or the other.

The fact is, there are things women can do better than men, which does not take away their ability to be wives or mothers. Admittedly, patriarchy was abused, which is not to say all Christian men stifled women.

In the Bible, submission to the husband also meant loving the wife—more precious than jewel—not shackled. (Proverbs 31:10)

There are things women can do better, which does not take away their ability to be wives or mothers.

4. The Culture of Domesticity relevant today

Early American education included Home Economics as a subject that taught students to be housewives—cook, knit, set the table. I wouldn’t be surprised if today, neofeminists would call it oppressive.

At the height of Domesticity, kids who grew up with responsible mothers at home gave way to the great men of America.

5. Women of Domesticity can be achievers

Women empowerment is vital today; we see nations led by women. Domesticity did not prevent them. The point is religious piety supports great women.

The Bible is filled with women like Queen Esther, Hanna, or Mary Magdalene, who helped forge societies and made a difference in their sphere of influence.

Domesticated women who were achievers

The bottom line, the culture of domesticity is not a cult that hostage women

To be a homemaker instead of a career woman is a noble sacrifice. It’s not for everyone. However, to blame coercion because of religious (Christian) piety is ridiculous. Many other cultures have practiced Domesticity since the beginning of a civilized world.

Their accomplishments cannot be measured in wealth or career but by how their children have turned out and their marriage intact.