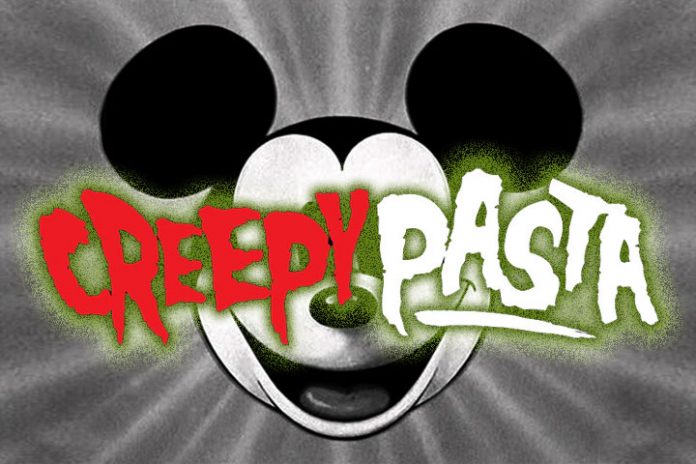 Your kids could be watching creepypasta videos like suicide Mickey

The video “Suicide Mickey” is a dark cartoon video that has gone viral on Youtube. I have no idea what it was until my youngest told me a very creepy experience she had at school. The 5th Grade class watched the video in their classroom, without permission from the teacher who had to leave. The boys managed to access YouTube and after watching the short clip, most of them cried uncontrollably. Two girls could not see for a few minutes according to my daughter.

She saw what appeared as blood splattered on the sink

My daughter wasn’t in the room at that time the class watched it. The next day, she was walking along the corridor and passed the boy’s toilet, she saw what appeared as blood splattered on the sink. She dismissed it as spilled paint and ignored it.

When she went to the girl’s toilet to wash hands, while fixing her hair, she saw a tattered lady ghost covered with blood while holding a knife and carrying a baby, the ghost also had a girl beside her. She said, “I’m gonna kill you, your friends and family.”

All these happened within the week after the class watched the Suicide Mickey video. When she told me all these, we immediately laid hands and prayed over her. She no longer saw any demonic manifestation at the school afterwards.

→ Is the Momo Challenge that tells kids to commit suicide a hoax?

What is the Suicide Mickey story?

Suicide Mickey is a vintage short video clip of Mickey Mouse in the 1930s. It was uploaded by an unknown YouTuber who shared the story behind the video. According to the uploader, Leonard Maltin stumbled the video and digitized it. After watching a portion, Mr. Maltin was deeply disturbed and left. His assistant continued documenting the video and afterward committed suicide by grabbing the security guard’s gun who saw him pale and uneasy.

What’s in the video clip

It’s a 9-minute video that shows Mickey Mouse walking along an avenue of brick buildings. He looks down looking depressed and after a minute, the screen goes blank and quiet. It turns back on and this time, a creepy and evil sounding voice is heard. After a minute, more voices join the chorus of ghastly demonic screams.

The shrieking voices seem to be a real recording of people being tormented. It was likely recorded during the 1920s or 30s when the film animation was made. As the video turns wobbly, a man’s cryptic voice saying something is clearly audible but could not be deciphered.

What is Creepypasta videos? It is a term used to horror-related legends, videos or images that have been copied and pasted around the Internet. They include gruesome tales of murder, suicide, and otherworldly occurrences.

There is power in the name of Jesus!

While this story is creepy, we must realize that demons exist in this world, evil is present. This is precisely why we need to pray for the promised return of Jesus to make all things new and cast the force of darkness in hell for all eternity. (Revelation 20)

Further reading: Powerful words that can protect your family.