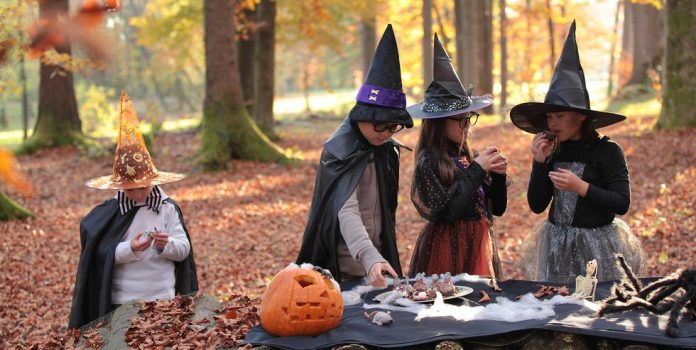 Christianity declines in the U.S. at rapid pace—Witchcraft, obscenity in music out in the open

Witch population doubles as millennials cast off Christianity Hoodwitch according to NY Post. For example, witcraft influencers in Instagram like @Hoodwitch and @light_witch have half a million followers. Quartz dubbed witchcraft as the perfect religion for liberal millennials

Satan no longer hides in music. His sexual and depressive attics are present in the music of Billie Eilish. Other musicians like Ellie Goulding promote 666, Katy Perry, and Beyoncé pitch their videos with a lot of sexiness and allegedly Illuminati symbols.

They desensitized their followers into a “new sexual norm;” quiet obvious with moves like twerking singer Miley Cyrus made popular.

Recently, American pop artists Cardi B’s WAP hit song criticized for being “pornographic.” Apparently, it glorifies women as prostitutes, according to a podcast. “This is how music shapes the future of pop culture in America,” Dave Rubin said in the Blaze.

In 1993, she asked fans to “go to hell” (with her) by chanting a song she wrote at the Girlie Show, Live Down Under Concert.

In 2019, BuzzFeed, known for its liberal and sexualized content published 17 musicians linked to witchcraft music.

“You wouldn’t believe the level of Satanic crap… Satanic s–t that is going on in our music industry and in Hollywood too, but mostly in the music industry is so out there. Once you look at it, you see the occult symbols.

They use it everything—Baphomet is everywhere. Pentagram is all over the place and they sow it into the consciousness of these young kids through witcraft and all sorts of fun stuff and make it sound fun and its sexy.

Look at everfy pop star, Ariana Grande, Miley Cyrus, where do they start?—Innocence. She came out with a music video last year where she had claws and teeth on her vagina. They promote diversity, tolerance all of these to confuse people.”

Check what your kids watch and listen

All these influences have most probably encouraged the spike in atheism. Our refusal to submit to God, hence we’d rather be atheists.