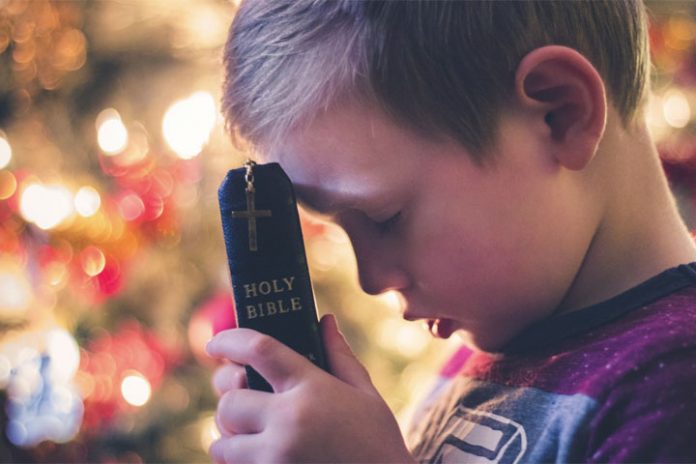 Lesbian, gay, neo-feminist, and trans people attack on masculinity and patriarchy is really about their hatred with God

We wage war not against flesh but principalities, and for decades, certain groups of people have attacked conservative Christian values. The battle gets more inflictive as the LGBTQ and neofeminists rights groups use political tolerance under the guise of a demonic far-left ideology.

So far, they have succeeded in allowing male trans to compete in women’s sports. Trans males can join beauty pageants and win against biological women.

It’s become so twisted that liberals think it is progressive for a boy to become part of ‘Girl’s Scout’ and that Boy scout to have you, girls, as members. It gets crazier as they introduce “homosexual and transgender education” in schools.

Recently, another school in Illinois has allowed the Satanic Temple to establish its “After School Satan Club” as part of the children’s extra-curricular activity.

These groups believe that there are more than two genders, 86 to be precise, and masculinity above and beyond their list are labeled “toxic masculinity.” They blame this toxicity for the many woes of America.

It exploded with Harvey Weinstein, giving way to the #MeToo movement, which has evolved to attack men in general. In short, everything is blamed on tyrannical patriarchy by leftist ideology.

The “ of America” is evident on TV, movies, and in fashion. In 2018, Celine Dion launched Nununu, a clothing line where boys can wear girls’ clothes and vice-versa, under the pretense of fluidity and anti-discrimination. Some videos depict it as demonic.

Laws are being placed to remove gender pronouns, and boys are in danger of growing up in an environment where women and transgender people dominate the media and dictate how boys should be.

Ironically, according to its co-founder, Lucien Greaves, half of the atheist members of “The Satanic Temple” are gays. No wonder some of them are so vicious that they desecrate Christ’s image, even though Jesus never condemned anyone.

“It would be a conservative estimate to say that more than 50 percent of our membership is LGBTQ.” – Lucien Greaves.

The emasculation of men

In 2019, we saw a new movement rising, and it’s the emasculation of men under the pretense of a social revolution against tyrannical patriarchy. Consider the latest American Psychological Association (APA) guidelines on “traditional masculinity.”

They suggest a parent should not expose “traditional masculinity” among boys. “Stoicism, competitiveness, dominance, and aggression is harmful,” according to APA guidelines. Therefore, the iconic images of Hercules (Kevin Sorbo) or Rambo (Sylvester Stallone) are deemed inappropriate for boys growing into men.

For thousands of years, men have led to the rise and fall of civilization. Leaders in the Bible were primarily men, and homosexuals were outcasts. Women (or gays) were not given equal rights with men.

Thus, the sins of these men marred God’s definition of “Biblical patriarchy.” It instilled tyrannical patriarchy that abused women and discriminated against homosexuals. Religious piety became a “cult of domesticity.”

Why is this happening now?

“Clinicians are encouraged by APA to recognize their own biases when dealing with males,” said Ronald F. Levant, EdD, University of Akron. But here is the thing, clinician Jordan Peterson whose sudden rise to fame because of his lectures on Youtube on political correctness is shaking up how groups like APA make assumptions on feminism and sexuality.

According to Professor Peterson, these radical groups have an “insane narrative generated by a tiny minority of people.” Deception is wide in deep; perhaps we truly live in the last days. (2 Timothy 3)

In 2021, Jordan Peterson said he is no longer an atheist. But even as an atheist before that, his views, as a clinician, on masculinity support the Biblical tradition on how boys to men should be. The APA, the LGBTQ, and Feminists say the opposite.

Images of Hercules, Rambo are inappropriate for boys growing into men. – APA

All these are bound to lead to authoritarian socialism. Such atheist ideology wants to promote equality rooted in Luciferian equality. Spiritual warfare has already come—but we have complete victory in Christ—prepare your children.

“Deep in his heart, every man longs for a battle to fight, an adventure to live, and a beauty to rescue,” said John Eldridge, author of Wild at Heart.

Most boys are naturally inclined to an adventure—a mission. As a young adult, he needs to know his identity as a man, and being a jock or an effeminate man has nothing to do with it.

“Only then is he fit for a woman, for only then does he have something to invite her into,” added Eldridge.

Every man longs for a battle to fight, an adventure to live, and a beauty to rescue.

Parents must protect their boys into growing up the way males are supposed to be – to be strong, lead, and respect the women, the helpless, and the innocent. It begins by having a strong and responsible Father, who is not only a good provider but someone who leads by example. Share these Bible verses with your boys: 1 Peter 3:7; 1 Timothy 3:1-7; 1 Peter 2:17; Philippians 2:3; 1 Timothy 5:1-2;