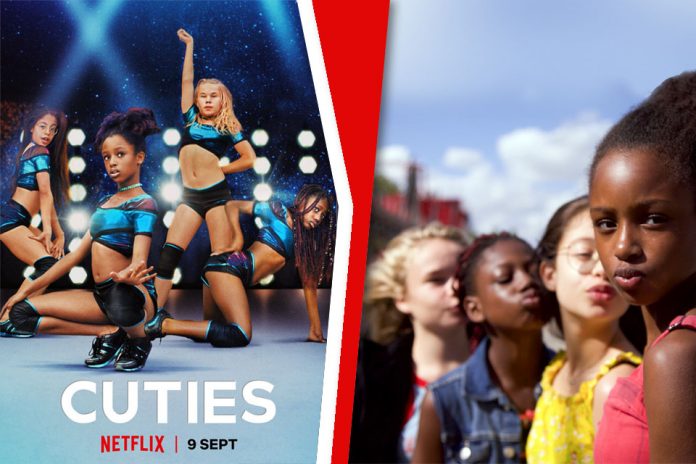 Netflix “Cuties” is about 11-years-old kids in a twerking dance group. It centers on the story of Amy, an 11-year-old caught between the traditional values of her Senegalese Muslim upbringing.

The movie is disturbing and difficult to watch, but the story was really about exposing how anti-woman the Muslim religion is according to the director. Amy’s mother was forced to accept the second wife of her husband; he was bringing from Senegal.

In Islam polygamy is an acceptable will of Allah

They live in Paris, and Amy struggles a great deal between her fundamentalist family and a free society. Culture collides. Upset, she embraces a group of young girls raised by the internet.

The movie exposes an anti-woman culture

Ignorant about sex, the group of girls learns of it online. One girl doesn’t even have an idea what a condom is and blows it like a balloon. That was the intent of the director, to expose naivety, vulnerability, and an abusive and anti-woman Muslim culture.

Amy wants to be valued, and the only way she knew is what she sees online; grown women who are sexualized, desired, and valued by men. Netflix’s “Cuties” move from an abusive society to a dangerous sexual culture.

The problem with Netflix’s Cuties

The most upsetting scene was when the girls danced like sluts. A lot of twerking, lesbionic dance, pumping, and WAP WAP WAP! Is it necessary to film these girls like sluts to get the point across?

Is it necessary to film these girls like sluts to get the point across?

The director made sure the audience are disgusted

The director wants to expose how bad social media is, but it does not justify the highly graphic and hypersexualized scenes. It does more harm than good.

“Cuties” isn’t as nasty as many think, but its “honest depiction” in a non-restricted audience may not do anything good, except push society to a new low. Mainstream entertainment could have been more responsible.

In September, Netflix lost at least $9 Billion over Cuties after stock crashes and massive subscription cancellation.

Mainstream entertainment could have been more responsible.

If you watch 11 year olds twerk, you’re a creep.

If you taught 11 year olds to touch themselves on camera, you’re abominable.

You can help stop this movie by signing a petition to remove Netflix movies that go against your Christian values: