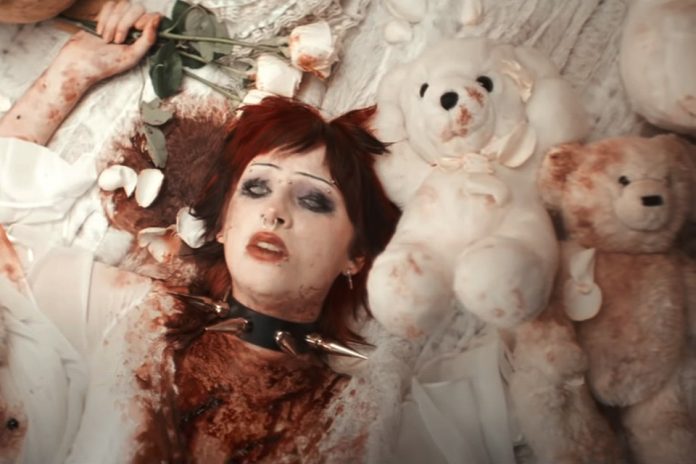 Carolesdaughter uploaded her first hit, “Violent,” on January 14, 2021. In one month, it got more than 3 million views. Unlike Billie Eilish’s demonic song and video, interpretation can be debatable for the ignorant.

The new young talent’s MTV needs no introduction—it’s infernal, and she may not even realize it or her family. Almost everyone assumes this sort of thing is the norm.

Although we should be less worried about its lyrics—sex can be found in apps, violence in Hollywood movies, and witchcraft for sale on Etsy—what could be worse?

What could be worse?

Carolesdaughter’s shock value is Satan’s strategy to blind young people into his realm of darkness. No wonder witches and warlock spiked among millennials, and kids lured into it.

The “Violent” lyrics does not justify

The song ‘Violent’ is about a sad love affair. The lyrics aren’t as demonic or suicidal compared to Billie Eilish’s song lyrics.

In fact, Carolesdaughters refrains from “being violent,” but that’s a smokescreen if you look at the obvious.

Carolesdaughters refrains from “being violent,” but that’s a smokescreen.

Artistic interpretation of a break-up?

The creepy dolls, blood, and all that weird and gothic make-up reflect sadness, frustration, and even an unwanted sad abortion—arguably an “artistic interpretation” of a breakup struggle.

But art is subjective and highly an opinion, depending on what lens you use. I use scriptures, and to atheists, it’s laughable. They are deluded, the Bible says.

2 Thessalonians 2:10-12
“… and every type of evil to deceive those who are dying, those who refused to love the truth that would save them. For this reason, God will send them a powerful delusion so that they will believe the lie. Then all who have not believed the truth but have taken pleasure in unrighteousness will be condemned.“

→ Root cause of depression, according to the Bible.

In the Bible, the “blood is sacred” but in Carolesdaughter’s video, it is a fanfare

In the last few years, Satan has outdone himself by introducing blood and goth into mainstream music. Carolesdaughter dines in blood and shows an Ankh with a human-like figure that mimics the cross or (fallen) angelic wings.

However you justify its metaphor, the video is bloody with an occult neo-pagan symbol. Eternal hell is real—fear death if you have not repented of your sins and turn to Christ.

Fear death if you have not repented of your sins & turn to Christ.

→ What happens to atheist when they die?

If you do not see these music videos as Satanic, Lucifer has deceived you, turn to God

It used to be that such imageries were found only in “horror movies.” Kids get scared, and they couldn’t sleep.

Today, it has desensitized young people into thinking; demoniac is a norm—well, it’s not, it’s Satanic, and it’s not cool. The point is, Satan no longer hides, and he’s after young people.

Carolesdaughter’s “Violent” video is about a break-up, but the imagery and artistic take are far from it. Warn your children.