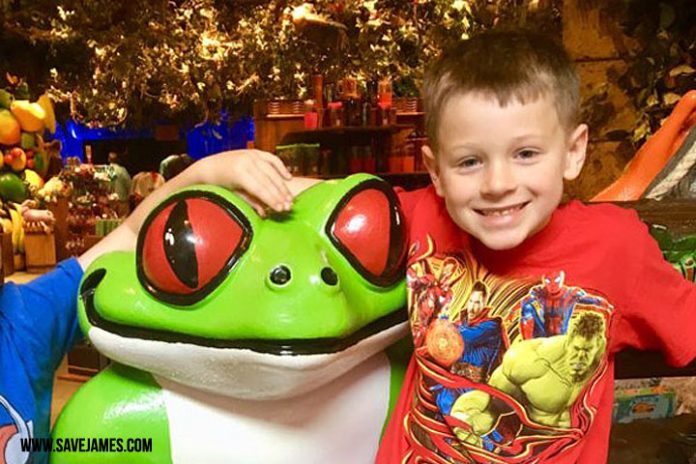 Dr. Anne Georgulas, a pediatrician and mother of James Damon Younger, wanted to enroll her first-grade son to a gender-affirming program GENECIS. She changed his name from James to Luna. She insists that her son is transgender (and likely homosexual), citing a therapist diagnosis.

However, Jame’s dad claims his son prefers to wear boy’s clothes. He violently refused to wear girl’s clothes at his home. It began in 2015 when 5-years old son James picked a “Frozen” McDonald’s toy. The mother concluded, along with “other signs” that James is gay.

Mother wants the father to pay for puberty blockers

Court documents that were available in savejames.com, (but removed after the court rule), revealed that the wife also accused the father of child abuse in their divorce proceedings—he refused to pay for their child’s transgender therapy.

The mom wants to remove the father’s parental rights. James’ uncle says he likes basketball, but his mother encouraged James to dress up like a girl and even put nail polish on James.

At one point, “James tore up the female clothes and threw them away,” said his father. “They [the clothes] seemed to disturb him.” In the end, nobody wins in this situation.

On October 21, 2019, the 11-12 jury ruled in favor of the mother. This means that James’ mother, Dr. Anne Georgulas, is free to transition him to a girl by subjecting him to chemical castration, puberty blockers, and eventually cross-sex hormones. (LifeSite)

→ Judge Marzari ordered dad not to refer to daughter as “girl.”

The Battle of Worldviews

As the world gets deeper into demonic ideologies such as gender fluidity, there’s no turning back once James undergoes a transition. “The diagnosis is critical because labeling a child with gender dysphoria can trigger a series of physical and mental consequences,” says Walt Heyer, a former transgender person.

→ Ridiculous political tolerance of leftist democrats in the US