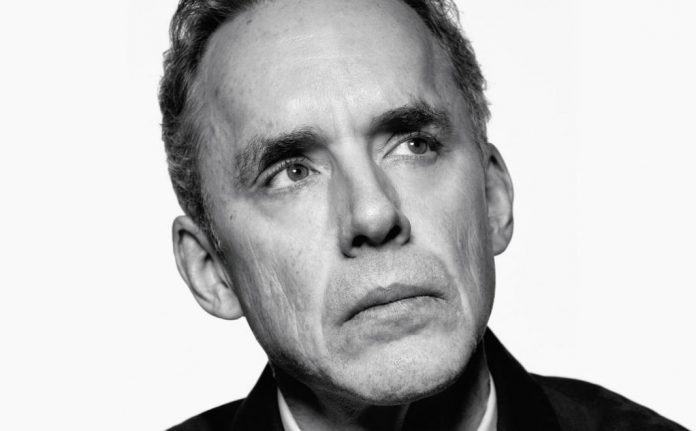 Jordan Peterson believes in God, to be a Christian follower is another, but why should it matter to intelligent atheists

Jordan Peterson’s message has many parallels with the Bible’s moral values. Some of his videos talked about God’s existence, which means he is probably a deist or theist. But is he a true Christian?

When asked if he truly believed in God, he usually gave vague answers but not in his recent video interviews where he tearfully recognized that God does exist.

His wife Tammy’s recent brush with death, as well as his health condition and depression, indeed has had an impact on what matters most.

Peterson is no longer an atheist

In his recent interviews, Jordan said, “I’m not an atheist anymore. I’m not a materialist anymore. I don’t think the world is made up of matter. I think it’s made up of what matters. It’s made out of meaning.”

Peterson rebukes those who claim to be Christians

“To have the audacity to claim that (you are a Christian) means that you live it out fully, and that’s an unbearable task, in some sense, to be able to accept the structure of existence, the suffering that goes along with it and the disappointment and the betrayal.

To aim at the good with all your heart, to dispense with the malevolence and your desire for destruction and revenge and all of that, and to face things courageously and to tell the truth, to speak the truth and to act it out.

That is what it means to believe!”

Why Jordan tries to “act as if God exist”

Jordan said that unless we can “act it out,” we should be cautious in claiming faith. He’s never been comfortable saying it, other than he “tries to act as if God exists” because God only knows if you genuinely believe. “I try to act as I believe, but I’d never claim that I manage it.”

He said, “If you think about it, that’s the central idea in Christianity, which is that if you were capable of believing, it would be a transfiguring event, he said. In the Bible, we call it being “Born Again.”

Narrative of Christ from a psychological perspective

An author of a book Jordan read said Christ does not differentiate much from a whole sequence of dying and “resurrecting mythological gods.” In comparative religion, many intellects have made similar claims (that Christ is no different from other gods).

Joseph Cambell or Jung to a lesser degree, but the difference in CS Lewis’ points Jordan realized was that Jesus has a historical representation of his existence, not just a mythical god. Christ is an actual person who lived plus a myth, he said.

Although Jordan Peterson’s intellect sometimes messes with the deity of Jesus, it’s difficult for him to deny his divinity. He said, “I don’t understand it, but sometimes, the objective world and the narrative world touch—that’s the union synchronicity, and I’ve seen that many times in my life, and in some sense, I believe it’s undeniable.

We have a narrative sense of the world, and it’s been the world of morality for Jordan. The world that tells us how to act. The narrative and the objective world that touches and the ultimate example of that, in principle, is supposed to be Christ.

He said, “I still don’t know what to make of it, partly because it’s too terrifying a reality to believe fully. I don’t even know what would happen if you fully believed.” Clearly, Mr. Peterson is on a clear path to knowing Jesus.

The real enemy is you

One of the many admirable things about Professor Peterson is his humility. He is willing to show his vulnerability, a mark of an honest person. In his 12 Rules for life, he talks extensively about taking responsibility and knowing who you are, that is, the enemy within.

Is it the snake in your heart, the lies on your tongue, the arrogance of your intellect, or the cowardice of our refusal to see? The enemy is that which divides to sow discord, he said. That enemy is the pride and the fear, the great and eternal adversary of mankind.

Jordan rebukes those who claim to be righteous yet demonize their fellowmen, brothers, or comrades-in-arms. Doing so precisely calls that dreaded spirit forth. Instead, Jordan tells us that as we love ourselves, we should also love our enemy, one of Jesus’ most difficult messages.

The Bible talks about our great adversary. The reason we are warned to be sober-minded; be watchful. The devil prowls around like a roaring lion, seeking someone to devour. (1 Peter 5:8)

Jordan tells us to love our enemy, one of Jesus’ most difficult messages.

WHAT SATAN CAN AND CAN’T DO.

First of all, there are deists who believe in an impersonal god, and we’re not talking about Jesus here; they might as well be atheists.

Other atheists who deep inside recognize an omnipotent God but refuse to declare He exists because that would mean submitting to God’s moral values, which they don’t want.

However, there are yet “true atheists” who find no scientific or tangible evidence in their wisdom and folly. In short, they are foolish and think “something can come out of nothing.”

Professor Peterson is an intellectual who applies practical intelligence with humility. If you are a “doubting atheist,” so was he. The Bible says that in our “child-like faith,” we can believe God exists. The professor’s vulnerability clearly shows that child-like faith.

In one of his videos, Professor Jordan recites the Lord’s prayer in his own words: