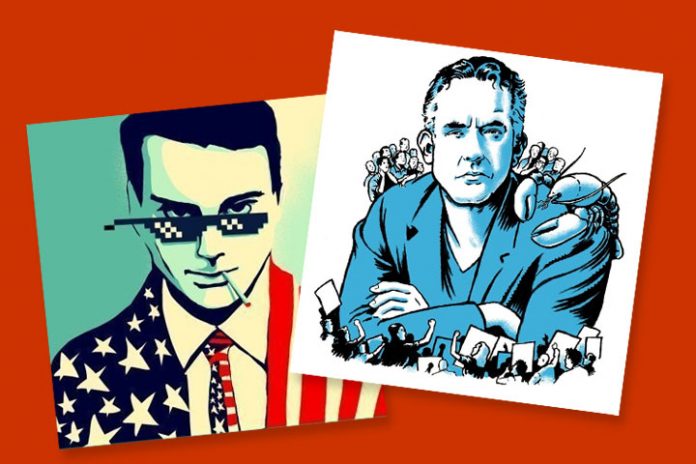 Feminist and gay militant activists bashed two men because of their intellectual discourse on gender and sexuality. Their opinions received backlash and were labeled right-wing trolls. Christians should see that what is happening is Satan’s attack on conservative values.

For decades, the gay movement has been moving forward to pursue constitutional rights. They have made their way to the classroom and successfully fined Christians who disagree with them.

In 2017, Bill C-16 was introduced to criminalize gender discrimination in Canada. It’s again paving another victory for the gay rights movement and forcing everyone to use genderless pronouns.

For example, instead of saying he or she, we say “zie.” If it’s himself or herself, we say “zieself.” These men argued based on knowledge and intellect.

Jordan Peterson: A matter of definition

Dr. Jordan Peterson is a psychologist and professor and author of the controversial 12 Rules for Life. He triggered massive backlash when he compared transgender activists to Mao Ze Dong. He said they both share a fundamental philosophy, that “Identity is paramount.”

He argues against ‘collectivism‘ that holds individuals to serve the interests of the state. Collectivism is built on a dysfunctional understanding of caring for others yet destroys the very freedom of speech; it should protect.

Peterson opposed Bill C-16 because it mandates compelled speech, violating a person’s personal values and beliefs. He is viewed as a sexist and bigot, though his homosexual remarks were a matter of definition using scientific biological markers.

Peterson has been accused of being a white supremacist and “alt-right nazi,” and he laughs at it. He does consider himself a skeptic of well-meaning attempts to adjust large social systems based on ideology. “I consider myself as an educated social scientist,” Peterson said. [Skavlan Interview]

Ben Shapiro: Gender is not malleable

Activists, schools, and the left-wing media have been trying to destroy Ben Shapiro, but they couldn’t stand his facts. Liberals resort to name-shaming and vulgarity. He argues that we cannot reduce sex to a mere transaction. There are relationships and roles attached to it.

Shapiro refuses to submit to a far-left philosophy on gay, lesbian, fat acceptance movement, or neofeminists. He said, “I’m not going to modify basic biology because it threatens the subjective sense of who a person is, sexually.”

Christians need to see beyond

There is a spiritual side to what is happening. Satan wants to mock God’s design and intention, and he uses liberal politicians.

We should accept, love, and have fellowship with gay, transgender, lesbian, or non-binaries, but they should likewise respect a person’s traditional and scientific view on sexuality. Respect for freedom of speech is not one-sided.

Identity and gender dysphoria is real, Christians or not. Gay people are not necessarily called to be straight, but to live life with holiness in mind. Remember, only Jesus can transform a person.

The duplicity of equality and diversity