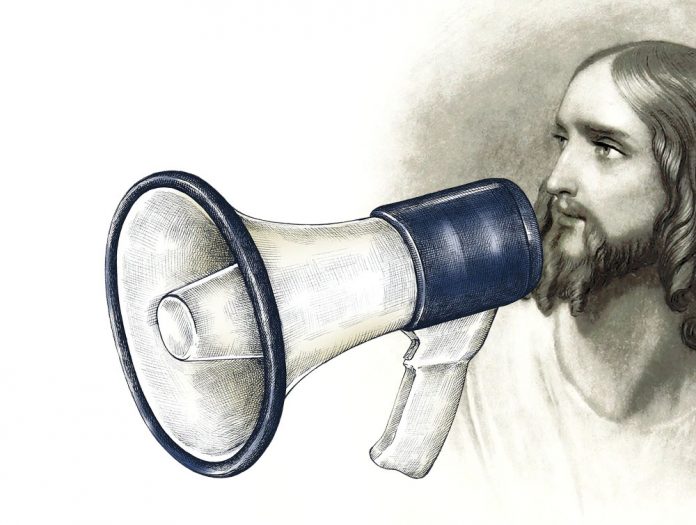 3-Reasons why pastors, Christian leaders are endangering the Gospel by talking about politics

1. It can get in the way of the mission

We need Christians in the government and every sector of society if we are to influence the nation. However, if you were called to pastor a church, talking politics gets in the way of your mission.

Even if a church or pastor successfully influenced the government, the next administration could undo reforms made by the previous one. The Gospel of Jesus is the one that saves.

In the USA, plenty of Christian figures immersed themselves in bipartisan politics. Unbelievers criticized them for pushing religious faith into the government domain. It did little to prevent demonic left-liberal ideology from devouring the country.

It not only comprised their opportunity to lead people to Christ but pitted Christians against atheists in the government. In the end, the constitution was used to remove prayers in schools, same-sex marriage was legally recognized, and the Bible was removed from court proceedings.

Chinese Christians veer away from politics

In China, Christians do not have religious freedom. Instead of pastors telling what their communist government should do, they focus on discipleship. Today, Christianity continues to thrive in China, despite persecution.

The point is that Jesus’ disciples were on a mission. Involvement with civil issues can stand in the way of making disciples.

2 Timothy 2:4
A soldier refrains from entangling himself in civilian affairs to please the one who enlisted him.

2. They are setting a bad example

The constitution mandates the separation of powers between state and religion. Unbelievers can see a pastor or a “Christian figure” instructing how the government should handle its affairs as meddling.

The apostles told us to malign no one, be courteous and avoid quarreling (Titus 3:2). Make it an ambition to lead a quiet life (1 Thessalonians 4:11), and don’t entangle yourself with civilian pursuits. (2 Timothy 2:3–4)

Jesus didn’t speak out on any political issue of His time—instead rebuked religious leaders.

We need Christians in the government. However, rarely does God call a preacher to run for public office. “It’s not that it’s wrong for a Christian to be involved in the political process… there are a number of God-fearing Christians throughout the world whom God has chosen to have political careers,” John MacArthur said.

Therefore, if you are a preacher who wants to get involved in a civilian pursuit—you cannot be both a preacher and someone who serves in the government. Neither your political opinion is important in bringing people to Christ.

In the Philippines, PCEC Bishop Pantoja visibly favored the “Yellow Revolution” party by taking a selfie with opposition candidates in the 2019 election. He proudly posted it on his public profile.

Another church organization, NCCP, was tagged as a “terrorist organization” by the Department of Defense in 2019. Apparently, they caught the ire of the government for their anti-government rhetoric.

1 Thessalonians 4:11
Aspire to live quietly, attend to your matters, and work with your own hands, as we instructed you.

Politics divide; avoid it if you can.

Christ Commission Fellowship (CCF) is the most prominent evangelical church in the Philippines. In 2022, its senior pastor said that Christians should be involved in politics.

“Shame on us, politics should be discussed… these are important topics. Many Christians are brainwashed into thinking politics is dirty; you don’t get involved; that is a lie. If you study church history, you can see how Christians who entered politics have transformed their nation.

Amazing laws were passed by Christian presidents and leaders. We are the “light of the world and salt of the earth,” Peter Tan Chi said. [Work to make a difference]

Apologist John MacArthur uses scriptures to point out sin and evil ideologies in every sector of society, but God’s solution is the gospel, not politics.

“Well-meaning Christians (and) evangelical activist organizations sunk millions of dollars into them in an effort to use the apparatus of politics—lobbying, legislation, demonstration, and boycott—to counteract the moral decline of American culture.

They pour their energy and other resources into efforts to drum up a “Christian” political movement that will fight back against the prevailing anti-Christian culture.

But is that a proper perspective? I believe not. America’s moral decline is a spiritual problem, not a political one, and its solution is the Gospel, not partisan politics.,” he said.

What is the Gospel?

The Great Commission and government

There is no example of the apostles demanding changes from their evil government. Instead, Jesus preached on submission to authority.

“There is nothing recorded in the New Testament about Jesus Christ speaking out against any of the political issues of His day. Nothing in His teachings gives even the slightest hint that He had any political involvement,” said Don Stewart.

The Great Commission has nothing to do with meddling in government affairs.