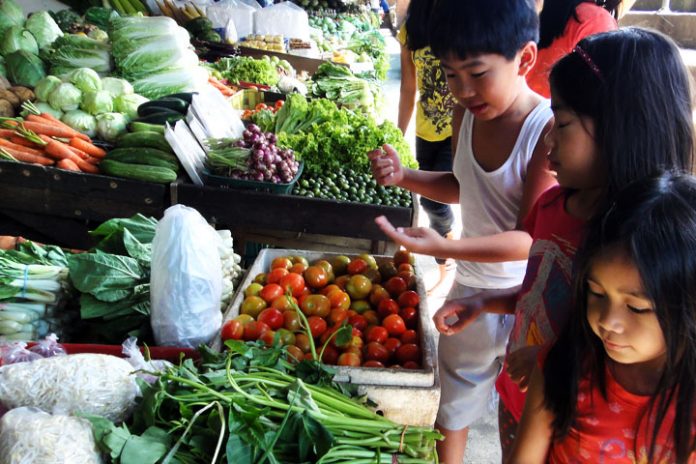 Eating vegetables should be a serious matter for kids

People who don’t eat enough vegetables may experience digestive problems. Worse, they may eventually acquire colon cancer, diabetes, or depression. Unfortunately, the rate of kids who do not eat veggies is rising. About 90% of Americans don’t eat enough fruits and vegetables, in stark contrast with most Asians who consider vegetables as an important daily meal.

Likewise, scripture also warns us of the dangers of eating pigs, crustaceans, and other animals that we now know have toxins, parasites, and other zoonotic diseases, such as the Coronavirus which incidentally was predicted in 1981.

Like many other kids, mine doesn’t like eating veggies either. I wouldn’t say they look for it, but they do eat it when served, even if it’s raw. My wife isn’t a fan of veggies either but she loves fruits which I don’t. I suspect genes would explain it.

Table discipline that encourages kids to eat fish and vegetables

1. Start with a tiny portion

As soon as your child can eat solid food, feed them a variety of beans and vegetables. Do not let a day pass without them eating a tiny piece of carrot or a piece of string beans that they have to finish. The key is eating vegetables, not stuffing them with it.

Avoid putting MSG, salt or butter to make it tasty. In the USA, vegetables like carrots or leafy greens like spinach are served raw. The rest like broccoli, string beans, squash, or carrots are blanched with boiling water for a minute. It’s really tasty on its own.

Instead of vegetables on a serving dish, place a portion directly on their plate. We have a “clean plate” policy at home, which basically means no leftovers. This tradition worked so well that eating fish, veggies, and fruits are a normal part of their regular healthy diet.