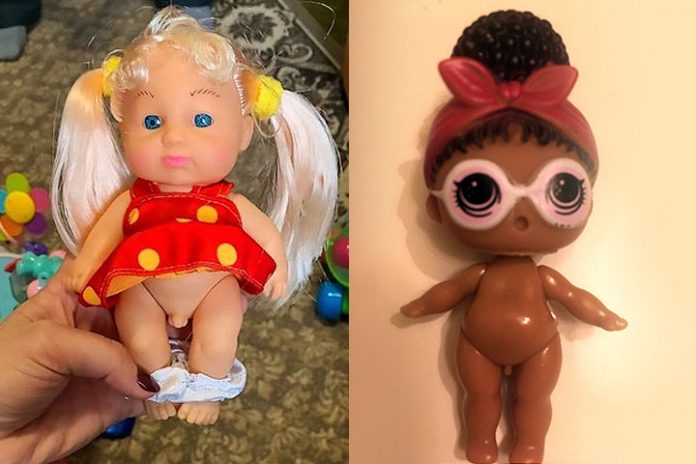 World’s first transgender female doll with penis went on sale at Planeta Igrushek store in Novosibirsk, Russia in December 2019. Although it was in 2014 that a transgender doll that had a penis was sold in Argentina, it came out as a fairy, technically not human. Kids were confused and parents are outraged.

In the same year, Mattel, makers of Barbie, introduced its first gender-neutral dolls. It was neither male or female. Clothes, hair are interchangeable with ‘endless styling possibilities.’ It is a creative opportunity that’s less political yet (ridiculously) woke.

Born male, LGBTQIA poster child Jazz Jennings rose into fame when she transitioned at age six. In 2017, Tonner DC created the “Jazz doll.” Considered as the first transgender doll, the toy didn’t really take off and “big-box toy stores” didn’t buy into it even after Jazz’s gender confirmation surgery in 2018.

“Sam” is a transgender nesting doll created as an educational tool to “stop transphobia” in families. It was developed by Gender Creative Kids Canada. Like other leftists groups, they are convinced that those who do not support transgenderism, such as conservative Christians, are “transphobic.” A threat to their liberal thinking.

Children are at the top of the enemy’s list

Satan moves using a left-liberal ideology to wage war against conservatives. Everything that God forbids is permissible in the spirit of equality and diversity. Kids are a target because if they accept the LGBTQ lifestyle as a norm, they will likely pass that out to their future kids and so on.

What Satan wants you to think

Today’s western society cries victimhood, yet condones premarital sex, abortion, and same-sex marriage celebrated with pride and colors. Coupled with Drag Queen Hour, Satan wants us to think there is value in a homosexual lifestyle.

What the Bible says

People who struggle with transgender or gay desires need love and understanding, not condemnation. It is a mind and physical struggle that’s rooted in a “carnal mind.” The Bible says we must set our minds on spiritual things (Romans 8:5). Help someone you know by praying for him or her, to seek the mind of Christ.