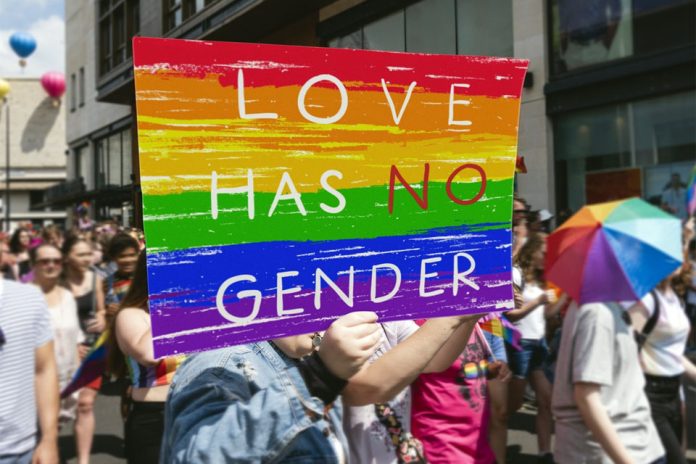 The strongest voice against same-sex marriage, transgenderism, puberty blockers are conservative Christians. Without these voices, there is no need to put “equality” into law. Hence Christians label it “Luciferian Ideology.”

Unfortunately, those who claim to be Christians—yet ridicule and abuse gay people, may have set this in motion.

The 2021 Equality Act, under President Biden’s watch, basically legitimizes immorality. More than ending women’s sports as we know it, or LGBTQ bullying a Christian baker, it is a direct assault on Christianity.

Gender equality does not help: Only Jesus can transform a sinful person

About 80% to 95% of minors with gender dysphoria who do not transition either socially or medically come to accept their bodies. But the consequences of gender reassignment actually led to more suicide. It is narcissism that doesn’t work. [Heritage]

The issue is not gender dysphoria or gender confusion; gay feelings and struggles are real.

Is there a gay cure?

Men having sex with men and women with women is a sin in the Bible. Like adultery and pedophilia, left-liberal atheists call it natural and normal. Hence should be decriminalized.

The issue is not attaining equality but being transformed in Christ. We live in a fallen and sinful world, ruled by Satan. Only when Jesus returns can we be free from this sin.

God is not asking someone gay to be straight, but to live a holy life.

God is not asking someone gay to be straight but to live a holy life.