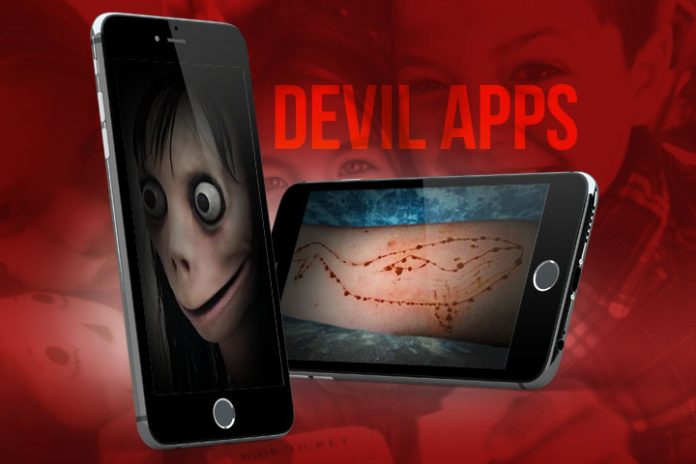 Blue Whale and Momo Challenge are mobile phone apps that end in suicide. Both apps are a 50-days challenge that involves self-harm, watching demonic horror movies, and suicide towards the end of the challenge. Momo content has infiltrated other games like Minecraft, according to Fox News.

1. Satan rules much of the media

The Bible tells us that Satan is the God of this world (2 Cor. 4:4; Rev. 20:7-9). He has an army and very organized, says John Ramirez, a former warlock. He has a massive influence on media, Hollywood, music, and even education.

While doxing or phishing is true to many apps, “devil apps” is a cause for alarm because Satan no longer hides.

Is it a hoax or a cover up?

The news has been going viral for more than a week, but on February 28, 2019, several internet media shifted their opinion and published story saying it’s a hoax. The news flooded the internet in a single day as if deliberately putting out a flame that’s causing damage.

Reports of the suicide came from several countries beginning in 2018, which means independent testimonies have been propping everywhere. At least 130 young people have died through the Blue Whale Challenge while the Momo app linked to the death of an 11-years old boy in the Philippines.

Young boys being asked to kill themselves

CJ Santos killed himself by taking 20 capsules of gout medicine. His mother blamed his death on “suicide challenge apps,” she discovered on his phone. She noticed CJ has been staying late to watch horror movies. Watching horror is one of the challenges of the app.

He also told a story about his classmate who slashed his wrist inside the classroom. Before CJ died, he told his mom, “I will follow my master and will kill them all.”

In another testimony, the “master” asked a boy to go on top of the roof and take selfies, while a 6-years old boy was told to kill at least ten people, according to the other parents interviewed by GMA News TV.

→ What happens when atheists die?

YouTube said the Momo character did not infiltrate its private videos, but others are speaking out that it’s real and that they saw the avatar pop out in some YouTube videos.

If this is true, parents will discourage kids from watching YouTube, which has 5 billion users daily. Likewise, owners of WhatsApp with 1.2 billion users, needs spin doctors to turn this around.

→ Why I regret allowing my kids to own computer gadgets.

2. A war is coming, train your children

Devils are out in the open. In 2019, a witchcraft coven came out in the open, inviting everyone to join the first witches convention in Iowa. There are devil makeup and casting spell kits you can buy on eBay.

Consider how Halloween costumes have become so dark that parents allow their kids to look like demons. The avatar of the Momo is creepy, yet kids are attracted to it. Why? Kids are easy to lure.

Don’t believe everything on TV. Media bias among mainstream media is real. They are promoting a leftist agenda. They support abortion, LGBTQ, feminist political agenda, and they attack the Bible. Christians are written off, but we shouldn’t be surprised. (2 Timothy 3)

These apps aren’t new, and unsuspecting parents think it’s harmless because it doesn’t show much gore. Consider violent games that rewire the brain into accepting violence as a norm. We need to prevent computer gadget abuse.