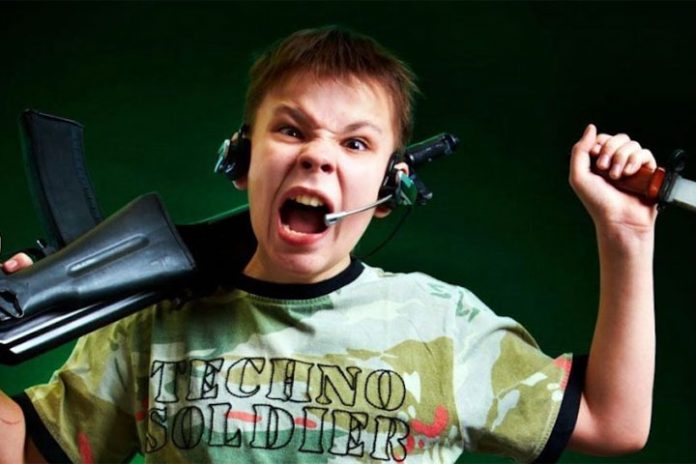 These violent video games can rewire your teen’s brain

Research shows that video games are beneficial for much older adults. On the other hand, another study reveals that playing Video Gameplay (VGP) for at least four hours daily may lead to neurocognitive development. (NCBI). However, the more serious danger is from the demonic influence these video games may have on those who are addicted to it.

In 1971, the first Arcade Video Game was released. It progressed towards war and violence and by 1999, the Columbine massacre happened and parents blamed the video game Doom. Video games become more bloody and violent and kids are desensitized. They think devilish deviant art and Halloween are cool.

Consider a few of these games; Resident Evil: Kill your enemy with a chainsaw. Wolfenstein: Beheading people can be fun if it’s your enemy. Manhunt: Use a handsaw on your enemy’s skull to make sure it’s dead. Saw: One of the ways to die is with a blade slicing a man’s body slowly. These gory video games clearly should be avoided. Others you may want to consider banning in your home are the following:

→ Why I regret allowing my kids to own computer gadget.

The player is an assassin, a killer with realistic graphics that are full of blood and gore. It features decapitation that seems all too real.

Although adapted from real historical war, it is gory and ridden with blood. It is this type of real-war where many veterans committed suicide because they couldn’t handle the memory of it.

It’s another blood and gore game that has sexual undertones. It is deeply demonic and very luring.

It’s a horrific battle of the alien-infested world. While it seems to be your typical “alien invasion” game and think, killing these ugly creatures justifies the action, it remains heavily gore and murder yielding.

A typical Zombie game, it is extremely gory with chainsaw massacre scenes. Highly graphic showing dismemberment of bodies. It’s just too much blood.

This game is perhaps the least game that should be called violent. After all, you play hero, a savior of the world. It’s much less gory and violent but nonetheless encourages anger, killing.

At least one son had killed his mother because of this game. Although it makes the player feel like a hero, its full of chilling scenes of blood and gore.

It makes being a psychopath appealing. It encourages too much violence against bad people, but as well as civilians. It encourages disrespect to authority and there’s so much bloodshed.

Although its less gory than others, mob and gangster rule is justified as something cool. It makes illegal stuff like gambling, alcohol, and drugs seem cool. It has a lot of profanity.

The player situated on in an extremely violent war zone. The game simulates real war experiences that would make any veteran chill. The gush of blood and profanity is enough to tell you it will never be age appropriate.

There’s a lot of character that seems to be cool. The player can take on different types of characters and that is where the demonic suggestion lies. The imagery is in plain sight demonic. It is also way too violent, gory, and a lot of blood.

The name should not fool you. It is actually disturbing because it blends in an evil mental psychosis that plainly encourages murder. It’s actually frightening and can give you a nightmare.

It’s a role playing game with profanity, rudeness, and sexual conversation. The way they want to kill the enemy is very disturbing and violent.

It doesn’t take rocket science to realize that these games desensitize the brain. The graphics are clearly demonic. John 10:10 puts it plain and simple: The devil wants to steal, kill, and destroy. But there is hope in Jesus, who alone can release us from bondage.

The only way to combat this is through early screen discipline and not allow kids below 14 years old to use gadgets or play video games. Parents should keep in mind this is ultimately a spiritual war and only Jesus has the power to transform hearts.

→ Gifts and gadgets you should not give to kids.