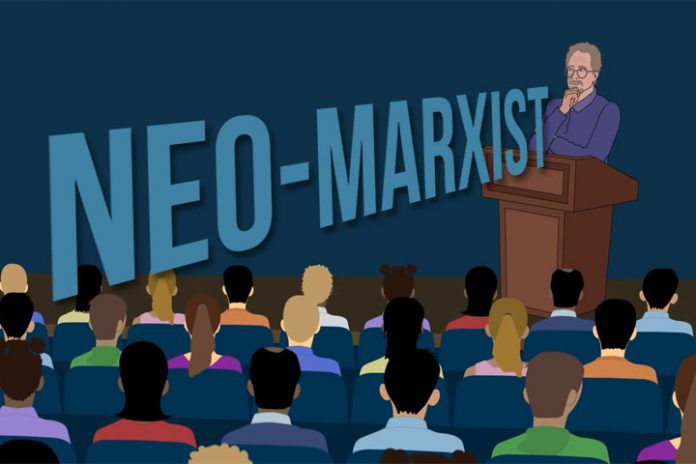 Clinical psychologist and professor Jordan Peterson’s sudden internet fame has leftist triggered. His explosive and intelligent debate, based on factual data, breaks the ignorance of the dangerous leftist ideology, which he calls “the post-modernists.”

He warns of Neo-Marxist professors who dominate colleges and indoctrinate young minds with a demonic ideology. They have mobs that violently shut down (conservative) campus speakers.

These liberals have “language police” who demand others to think the way they do and call it gender equality, tolerance, and diversity. Professors blow holes in the values we know as Christians, confusing children’s minds.

The scary part, liberal professors outnumber conservatives 12 to 1 according to an Econ Journal study.

Diversity is defined not opinion, but by race, ethnicity, or sexual identity; equity is no longer the laudable goal of equality of opportunity, but the insistence on equality of outcome. Inclusion is the use of identity-based quotas to attain this misconceived state of equity.

For example, freedom of speech is supposed to be the pillar of democracy. Post-modernists refuse the exchange of ideas and that we can reach consensus.

They are not open to ideas if it runs contrary to their ideology. They see conservative ideology as unprogressive, hence outdated.

2. Rejection of the free market

They reject capitalism and won’t acknowledge it has lifted hundreds of millions of people. They indoctrinate students that socialism can be useful.

Meanwhile, in once-prosperous Venezuela—until recently, the poster-child of the campus radicals—the middle-class lines up for toilet paper.

Post-modernists don’t believe in individual thought beings. You’re an exemplar of your race, sex, or sexual preference. You’re also either a victim or an oppressor.

No wrong can be done by anyone in the former group, and no good by the latter. Victimization justifies the use of power.

Communism, socialism in the new guise of identity politics

These concepts originated with Karl Marx. He viewed the world as a gigantic class struggle—the bourgeoisie against the proletariat, the grasping rich against the desperate poor.

But wherever his ideas were put into practice—the Soviet Union, China, Vietnam, and Cambodia, economies failed, and tens of millions killed.

Unless we stop, post-modernism will do to America and the entire Western world what it’s already done to its universities, says Jordan Peterson.